Ever since I was little, I loved the art of lettering.

I still remember the first time I wrote something in cursive. I moved from Ft. Lauderdale to Tampa, FL in the middle of second grade. I moved into a school that was teaching cursive. I had not learned cursive at my old school, and my teacher was going to have me start at the beginning of the alphabet. I did not want to be left behind, so I had my mom teach me how to write my name in cursive. I copied my name onto a folder and showed my teacher the next day at school. She assumed I already knew cursive and let me move on with the rest of the class. I continued to learn the alphabet and loved writing in cursive. It felt so fancy.

Sidenote: My little trick to get caught up backfired in third grade. Because I never really learned the first half of the alphabet, I never learned how to correctly write “b” in cursive. I thought it was the same as an “l”. I ended up getting a bunch of words wrong on my spelling tests because the b’s looked like l’s. After getting so many incorrect on spelling tests, I finally figured it out! 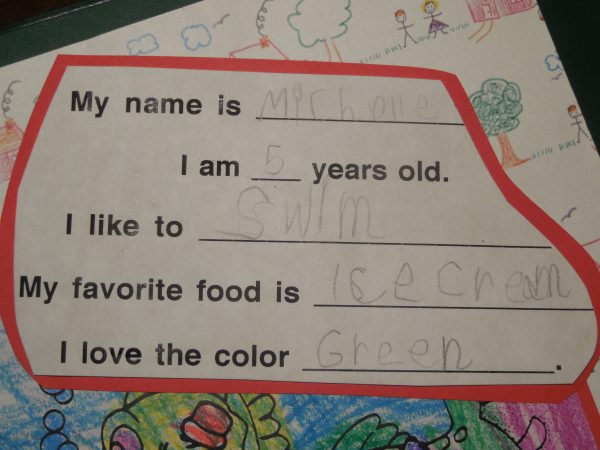 4th Grade Handwriting, I only wrote in cursive on spelling tests apparently. Also this story. Ha!

In middle school, I was known for carrying around a 20 pack of Crayola markers. I doodled and drew pictures for my friends every day. I would change out the pictures in the front of my binders at least once a week. I also colored a lot and made designs on graph paper. This was before adult coloring books were a thing. I would literally spend my summer designing pictures for the covers of my binders for the next year. After a couple years of practicing this hobby, Crayola came out with the 50 pack. I literally got 4 packs of markers for my birthday that year from different friends. It was awesome.

Sidenote: I still have those 4 packs of markers and I donated them to my classroom so the next generation of middle schoolers can enjoy the wonders of Crayola markers. Lest you think I’m generous, I’ve moved on to better things. I just bought the 96 pack of Tombow Brush Pens! 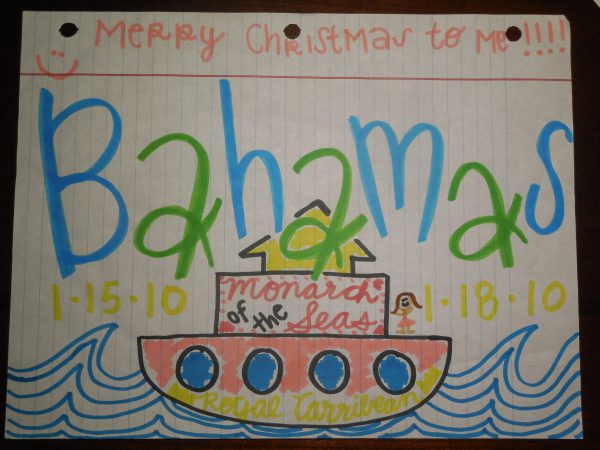 Above: Lettering from high school when I got a cruise for Christmas. Right: New Tombow brush pens! 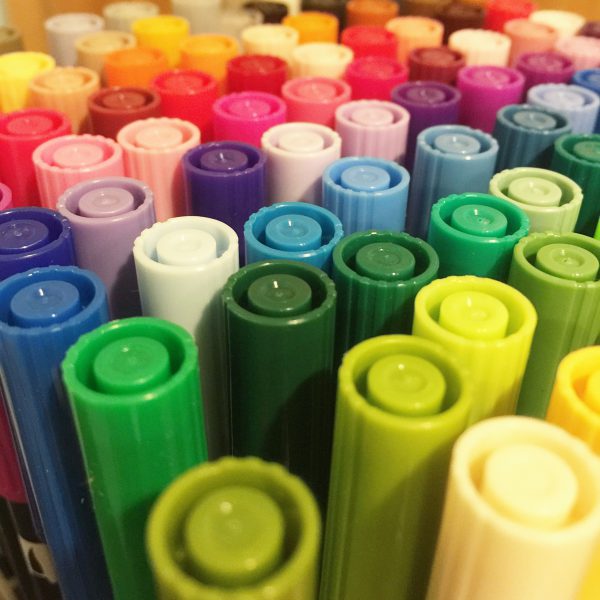 AP World History was one of my least favorite classes in high school. It was boring and crammed too much material into one semester. The one redeeming quality was that there was a lot of note-taking. I learned to enjoy taking notes because that meant I could practice my handwriting. Even in college, I continued to take notes by hand. I’m a firm believer that writing things down helps you remember things better.

Sidenote: Writing things down is not only beneficial for school performance; it also has psychological benefits. I have written in my journal nearly every day since I was 12, which has helped a lot with feelings of anxiety and loneliness throughout my life.

I started this blog post with a totally different intention, but this is what came out. It’s fun to think about how you got to where you are today, even with something as insignificant as your handwriting. And despite my years of being a lettering enthusiast, I still don’t consider myself an amazing lettering artist. But I’m practicing every day! Go take a peek at my 12 Days of Christmas Lettering! I’m excited to share where I started, so you all can watch me progress. Thanks for helping keep me accountable. Have a good week!

This site uses Akismet to reduce spam. Learn how your comment data is processed.